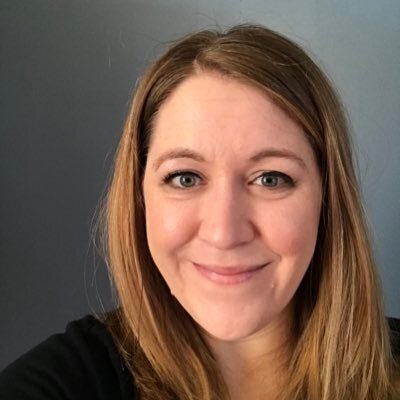 Have you ever read a book so good it’s almost impossible to put down? The story continues to hook you and you’re transported to a new world –– a new dimension. You can’t wait to find out what happens next.

Then, someone taps you on the shoulder. You look at the time and wonder: ‘Where did those two hours go?!’

A 2020 survey found that 83% of people are more likely to buy from a brand they feel connected to emotionally. Experiential activations can help brands establish and expand this emotional connection, in part by offering customized, compelling experiences that provide a platform for brands to communicate shared values with their target audiences.

Facebook had a mission for its “That Close” campaign: to promote Messenger as a universal way for people to connect. To bring this concept to life, they designed an intimate virtual experience that naturally immersed people in their messaging product.

Facebook put on a musical event featuring DJ Steve Aoki and Blink 182’s Travis Barker. The performers recorded a concert in Aoki’s home and that recording was then made available for people to view with their friends on video chat via Instagram, Messenger, or Facebook Watch.

Experiential marketing has evolved beyond the physical. Ultimately, people can share experiences and connect across both traditional and unconventional spaces. Here are some key takeaways from Facebook’s “That Close” experience:

Consider unexpected spaces: Entering the home of a celebrity seems far-fetched to many, which made it the perfect draw for a concert experience. In some ways, the virtual home concert felt more intimate than an in-person concert in a packed arena. Facebook knew what would resonate with their target audience and, as a result, the experience felt personalized and thoughtful.

Think outside the box when launching new products: Facebook’s immersive, first-of-its-kind experience provided a perfect environment for launching and testing new products and features with a captive audience. It was a win-win experience for the audience and the business –– attendees got a chance to tap into new product functionality for the first time and Facebook gained an initial understanding of product performance in a closed setting.

Recorded content  can expand your audience: The benefit of recording and distributing content after an event ends is twofold: People who have scheduling conflicts are able to watch at their convenience and attendees can share the recorded content with their networks. Both of these factors have the potential to expand the reach and, in turn, the impact of your experiential marketing activations.

What happens when Ariana Grande, the Guinness World Record holder for most songs to debut at number one on the Billboard Hot 100, and Fortnite, a video game with 350 million monthly active users, team up? An immersive, out-of-this-world musical experience designed to entertain an international audience in the midst of a global pandemic.

The Fortnite Rift Tour, held in the metaverse, pushed the boundaries of virtual, hybrid, and in-person events. Grande and Fortnite’s partnership showed how experiential marketing professionals can use the metaverse for a new form of high-tech events.

This experience tapped into:

The Fortnite Rift Tour was a groundbreaking pop-culture phenomenon and the experience proved that partnerships can be a foundation for something fruitful on both sides. Here are some key takeaways from the activation:

Consider hosting productions in the virtual world: In 2021, only 42% of people felt comfortable attending concerts in person, but new technology is rising to the occasion, offering opportunities for stand-out virtual experiences that can reach a larger audience. Grande’s show spanned three days with five international performances. Zero travel was needed and millions of fans participated from the comfort of their own spaces.

Attract new audiences through partnerships: Fortnite and Ariana Grande both had existing fanbases, so this partnership opened the door for each of them to attract new audiences. For example, Grande saw an audience bump with Billboard reporting a 123 percent increase in streams of songs used during the performance.

Aside from pressing pause during the pandemic, since 2015, lifestyle brand Refinery29 has hosted an annual, in-person, experiential pop-up called 29Rooms. The interactive installation features 29 branded rooms and has largely been a push to get people out from behind their screens and into an immersive physical experience.

In 2017, Refinery29 sold more than 20,000 tickets to the event and generated nearly half a billion social media interactions. 29Rooms has popped up in New York City, Los Angeles, Chicago, Washington, D.C., and Atlanta. This “funhouse of style, culture, and technology” is often considered an experiential marketing darling.

Each room typically features a different experience, theme, and message. The activation offered:

Companies bank on emotional connections to help build authentic relationships with their audiences. Here are some cues we can take from 29Rooms when it comes to establishing these connections:

Turn micro-influencers into fans: A 2021 study found that 94% of consumers think micro-influencers, who generally have fewer than 500 followers, are more credible and believable than celebrities. Refinery29 co-creator and director, Piera Gelardi, said the team understands the value in people creating their own content –– even if they don’t have large followings. With that in mind, the 29 rooms have always had aesthetically pleasing backdrops to support micro-influencer content creation and sharing.

Build activations around your audience: With 29 different experiences at play, 29Rooms offers a little something for almost any member of Refinery29’s target audience. Gelardi said igniting wonder and curiosity gives the audience a chance to play and create engaging, shareable content while they’re at it.

Netflix and Baskin-Robbins saw an opportunity to create an immersive experience for fans of "Stranger Things." The brands teamed up to build a campaign around one of the show’s main characters who works at a fictional ice cream parlor called Scoops Ahoy.

The activation brought Scoops Ahoy to life with pop-up stores and a five-part campaign featuring:

Scoops Ahoy garnered so much attention that extra security was hired, and the line for the Burbank Scoops Ahoy was four hours long at times. Marketing agency 22Squared, whose team led the campaign, reported the month-long activation generating 2.2 billion media impressions.

By providing an already captive audience with an exclusive experience, “Stranger Things” strengthened its cult-like following. Here are a few key takeaways from the Scoops Ahoy campaign:

Think beyond one experience: The Scoops Ahoy campaign showed that activations like this don’t have to be one-dimensional. Netflix and Baskin-Robbins used multiple channels to broaden their reach and extend the life of the campaign.

Add a bit of mystery to spark curiosity: The secret codes hidden on products and in commercials played into the show’s premise and gave followers a memorable way to deepen their connection with the show. It also pushed the limits of experiential marketing.

Despite the obstacles 2020 presented, The Atlantic seamlessly pulled off their first virtual Atlantic Festival.

The annual festival explores current events and ideas shaping the United States, all while showcasing stand-out stories published in The Atlantic.

Going virtual increased the festival audience from 3,000 in-person attendees in 2019 to more than 37,000 virtual guests in 2020. The event featured:

The Atlantic Festival immerses its audience in high-caliber journalism and some of the most meaningful stories of our time. Here are a few key takeaways for experiential marketers:

Create a meaningful experience at scale: How was The Atlantic able to successfully host a large-scale event, virtually, for the first time? By keeping in mind that connection is key. To foster that sense of connection, they made sure the audience could have memorable onscreen interactions with fellow attendees, speakers, and brands, so they could emerge feeling as immersed in the content as they did when they met face-to-face at past festivals.

Bring in some big names if it makes sense: Consider inviting celebrities and thought leaders as part of your experiential marketing approach, so your event can capitalize on the attention they tend to garner. Not only will the headliners likely repost content on their social pages, fueling virality for your event, they’ll also help build anticipation and potentially draw a large audience. For example, The Atlantic’s Broadway performers elevated the experience for attendees, giving them a one-of-a-kind moment to share together.

Family sitcom, “Boy Meets World,” holds a special place in the hearts of many millennials. In the 1990s, the show cultivated a heavy following that has endured decades after the finale.

Just before the 2021 Thanksgiving holiday in the U.S., Hopin gave fans of the show a dash of the warm-and-fuzzies with a cozy, virtual “Boy Meets Thanksgiving” party. The experience featured:

Take advantage of holidays close to the day of your event and don’t be afraid to harness the power of a small-but-mighty group of super-fans.

Build your event around a central theme: Hopin capitalized on the family holiday of Thanksgiving to elevate the feeling of togetherness. Many fans hadn't seen the cast reunite in more than a decade. So, bringing them together during Thanksgiving was the perfect opportunity to create a special bond. The event’s branding even had all of the warm fall colors and motifs to elevate the atmosphere.

It’s OK to keep it intimate: Sometimes a small-but-powerful community is more impactful than a large one. Fandoms and cult-like followings can help elevate your small event into something well beyond the close circle of attendees. In “Boy Meets Thanksgiving," die-hard fans interacted with polls, networked, sent almost 4,800 messages in the chat, and continued the conversation on WhatsApp after the event.

Events aren’t always directly rooted in sales or promotion. In 2019, lululemon created “Proud and Present,” a campaign encouraging reflection within the LGBTQ2IA+ community.

The activation came to life via social content, two in-person experiences, and in-store campaigns throughout North America. Here are some examples of how lululemon activated on this concept:

Experiential marketing activations can help bring your community together in ways that are authentic to your brand and meaningful to your audience. Here are a few key takeaways from lululemon’s “Proud and Present” campaign:

Let your team inspire you: For lululemon, inspiration came from within. The brand forged a more genuine connection with their target audience because they looked inward for relatable stories from their employees and brand ambassadors. As a result, the message hit closer to home.

Use experiential marketing to reinforce your brand values: Consumers often find it refreshing when experiential activations revolve around causes close to a brand’s heart. Nearly eight in 10 consumers show the world they care by supporting companies with similar values. In a world where consumers are served thousands of ads on a daily basis, organizations can use experiential marketing campaigns to share their values, pique curiosity, and foster genuine connections with their audiences.

If you want to stay ahead of the curve and push boundaries in today’s marketing landscape, you’ll need to experiment and test new ideas.

Experiential marketing is one of the most effective ways to cut through the clutter and stand out from your competitors. And with technology constantly developing to support new types of virtual, hybrid, and in-person marketing activations, it’s easier than ever to create immersive experiences that build an emotional connection with your audience.

Contact us today to learn how Hopin can help make your next experiential marketing campaign a success.

Fill out this form to start a conversation with a Hopin team member about your events and get your questions answered.
Keep Your Attendees Engaged
Experiential Marketing