Embracing Emojis: Why Chat is Your Event Heartbeat 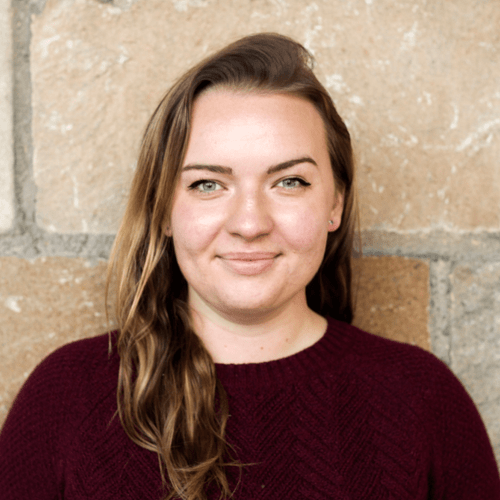 Do you have a favorite emoji?

If you agree with the majority of people in 2021, you would have said the Fire Heart Emoji , which was crowned the Most Popular New Emoji of 2021.

Yep, that’s right — there are awards for the most-loved emojis out there.

There’s even a governing body that reviews proposals for new emojis: the Unicode Technical Committee, with board members from Google and Apple. New emojis are added each year, and their popularity is only growing — with 92% of the world’s online population using emojis.

Why is it that we love this primitive language so much? Why are emojis now a staple in our everyday communication?

Why have they become so crucial in things like the event industry — and how can you harness their power?

Read on for a deeper dive into the world of emojis and how they can make your next event even more engaging.

Emojis may feel like a vital part of modern communication, but they’re relatively new on the scene.

The most primitive emojis — think ;-) and variations thereof — were popularized in instant messages, text messages, and chat rooms starting in the 1990s.

Considering that mobile texting was only invented in 1992, it didn’t take long for humans to want to add a virtual way of expressing how we feel, even in text-based communication. That speaks to the inherent human desire to share nonverbal communication.

Emojis as we think of them today — pictograms that convey meaning — were introduced in the late 1990s.

Some say they were invented in 1999 by Japanese interface designer Shigetaka Kurita. He designed 176 simple icons, all 12 pixels by 12 pixels. They covered categories like transit, weather, and emotions, and were rolled out by a Japanese mobile carrier Docomo (the collection is now part of the collection at the Museum of Modern Art in New York City).

Others note that another Japanese phone carrier, SoftBank, introduced a phone with support for 90 emoji characters in 1997.

Either way, we can definitely credit the Japanese tech industry of the late 90s for changing the way we communicate in text.

As you may know, it can be tricky to convey accurate sentiment in words alone. It’s easy for a message to be misinterpreted. Just look at the difference in “That makes sense 😊” and “That makes sense 😔” — one little pixelated face can change the meaning of the phrase entirely by providing subtext and meaning.

What was introduced as something simple started to become more than just a trend, emoji’s were becoming a part of life throughout Japan. Global companies saw this and wanted in.

Google took the leap to standardize the creation and usage of emojis worldwide, creating a proposal in 2007 for the aforementioned Unicode Consortium, a nonprofit dedicated to software internationalization standards, to recognize emojis and standardize them globally.

They were joined by Apple engineers, who added 625 emojis to the official proposal for standardization, in 2009.

In 2010, the proposal was accepted by Unicode, formalizing their use throughout online communication and the internet.

Indexing emojis — and having them overseen and governed by an official body — formalized them as a type of communication. Emojis had evolved from a fun experiment to its own kind of language.

A year after emojis were accepted by Unicode, Apple released the first emoji keyboard and Google’s Android platform did the same two years later, in 2013.

Now, instead of having to copy-and-paste each emoji, users could easily access an additional language for conveying meaning, just like switching from English to Spanish keyboards. Adding sentiment (💕 !) to social media messages, texts, and emails became second nature.

And as emoji use got easier, emojis themselves became more popular. Like other languages, emojis have evolved over time, adjusting to the needs of the people using them.

The Unicode Consortium created a yearly approval process for new emojis. Recent editions (2020) include bubble tea and the transgender flag, as well as other images across culture, technology, and emotion.

Emojis have sparked conversations about representation, too. As they’ve become more popular and normalized, there has been a drive to make sure that the emoji keyboards we all have access better reflect the world we live in — which includes inclusivity across gender, nationality, and cultural representation.

Why emojis matter for the events space: it’s all about engagement

When we shared 4 proven ways to boost active engagement at your next event, our top tip was embracing the chat of a virtual or hybrid event. The chat gives people a way to communicate with each other and speakers during an event — and emojis go a long way towards enriching that experience.

If you’re streaming a live event or putting on a fully-fledged virtual event, your audience can’t show support for speakers through traditional clapping or cheering.

So what can they do when a speaker makes a perfect point, or when a colleague enters the stage and crushes it? How can they illustrate their excitement?

But adding a visual representation of those feelings, or added subtext makes their meaning crystal clear. How good does it feel to see “🎉👏🏼👸” or “🔥🔥🔥🔥”?

Illustrating feelings through emojis allows virtual events to be more dynamic and exciting. That's because emojis can help make up for non-verbal cues in mediated forms of communication, which include online events.

Chat as a measurement of success

Chat engagement has also become a metric to measure engagement success within a hybrid or virtual event.

When thinking about in-person events, consider how difficult it would be to measure the audience engagement with a particular speaker or session as it was happening.

(Counting 62 head nods throughout the session doesn’t exactly cut it.)

But now, with event platforms’ built-in analytics and chat functionalities, event organizers can track how many people reacted to a session and the sentiment. They can see how many questions came in and how much inter-participant chatting took place. Overall, they’re in a much better position to accurately measure how successful each of their event segments was and can decide which sessions to double down on for their next event and which to change.

For example, Women in Product used a virtual platform to host their annual conference, and one of their key success measurements was the 17,000+ chat messages that took place throughout their talks.

Chat functionality was also a huge benefit for The Cute Syndrome Foundation, which hosted a virtual event and loved that, “As experts gave presentations on complex medical subjects, families could ask questions directly in the chat and get answers in real time.”

The chat as the central focus

At the heart of an event is the ability to connect with others.

Savvy event organizers do everything they can to maximize that — which includes embracing chat for virtual and hybrid events.

According to Hopin’s product usage analytics, enabling chat for event segments can mean a 25-55% increase in the share of attendees who stay engaged through the end of that segment (🤩🤩🤩).

Chat — and its accompanying emojis — can be even more powerful when used with other event features like polls, Q&A sessions, and networking. Giving attendees a way to express themselves to speakers, organizers, and each other, especially in ways that allow them to add personality, emotion, and tone, enriches your event for everyone involved.

And importantly, it makes people feel comfortable. 71% of Americans, and 57% of worldwide communicators, feel messages are “incomplete” without an emoji.

If your event attendees can add emojis to your event chat, they’ll be better able to express themselves.

5 emojis you may be using wrong

Language evolves. It’s a tale as old as time. The slang used in Elizabethean England didn’t make it unscathed to Victorian times 200 years later. Same goes for words from the 2000s in the 2020s.

Emojis are no different. They are a language, after all, and that means the way they are used, interpreted, and engaged with is constantly changing.

The New York Times looked at Unicode’s listing of the 10 most used emojis and noted that the tears of joy (😂) was still #1 “despite members of Gen Z deeming it uncool.” (They’re referencing the a recent trend on social media of younger users saying 😂 is embarrassing and earnest, and embracing the more ironic 💀 — ”I’m dead” aka “that’s so funny, it killed me” — instead.)

With an appreciation of both the fun expression and serious meaning-making that can happen through emojis, we’ve collected a list of 5 emojis you might be using wrong:

From chat to streaming to analytics, Hopin’s platform can help you reach, impress, and engage your ideal audience. Contact us today or set up a demo.

Fill out this form to start a conversation with a Hopin team member about your events and get your questions answered.
No items found.